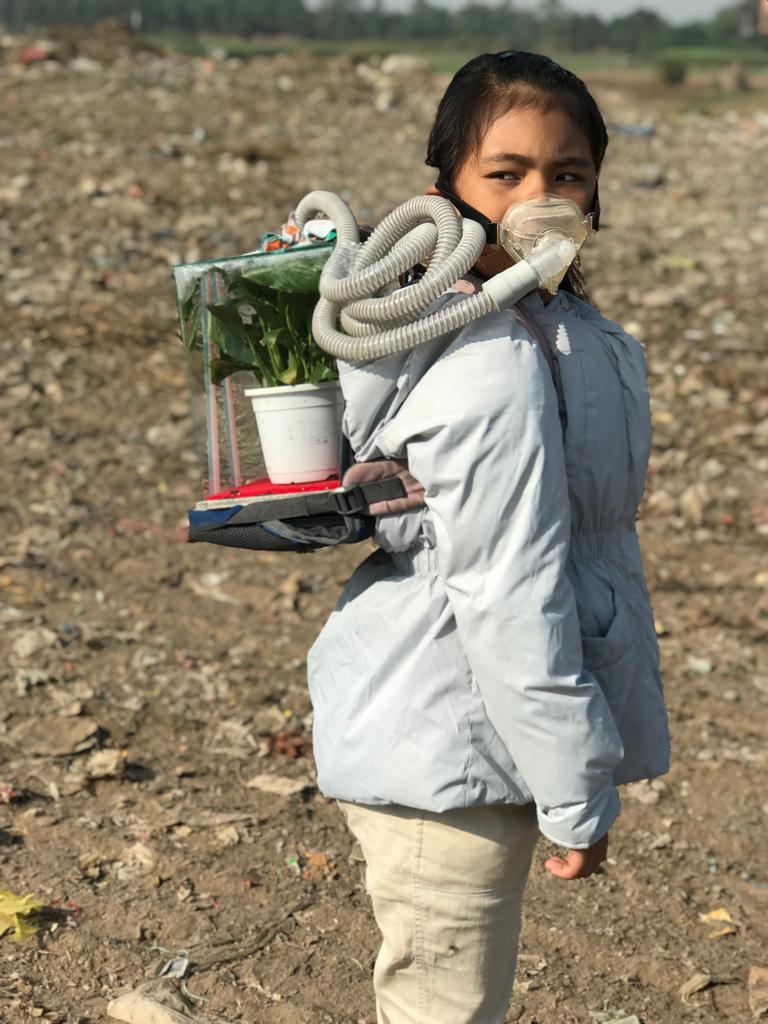 What is Licypriya Kangujam doing?

In 2018, Licypriya attended a UN disaster conference in Mongolia along with her father. This inspired her to get involved in activism. In an article in the BBC News she stated “I got lots of inspiration and new knowledge from the people giving speeches. It was a life-changing event.” Licypriya founded the “Child Movement” soon after the event to raise awareness to protect the planet by tackling climate change and natural disasters.

Licypriya donated her savings of Rupees 100,000 to the Chief Minister of Kerala Pinarayi Vijayan on 24 August 2018 to help the flood victim children of Kerala Massive Flood. Two years later she received the acknowledgement letter from the Kerala Government. Licypriya’s donation to the Chief Minister supported their work in protecting children hit by the flood. She felt her small contribution would help make a difference to the children during the tough time.

On 21 October 2019, Licypriya led the “Great October March 2019” from India Gate to Parliament House in New Delhi with nearly thousands of her supporters demanding to request immediate action on climate change and to enact the climate change law in India. The Great October March took place from 21 to 27 October in various locations around the world asking to give clean air to breath, clean water to drink and clean planet to live.

Survival Kit for the Future

Licypriya brought out a symbolic device called SUKIFU (Survival Kit for the Future) to curb the air pollution on 4 October 2019. SUKIFU is an almost zero budget kit designed from trash to provide fresh air to breathe when pollution is bad. This wearable plant is a recognition of the Green Movement for air pollution. Anybody can build up this concept at home from the recycling trash to instill fresh air directly into our lungs. She launched it in front of the Punjab & Haryana Legislative Assembly House as a symbol of demonstration before the oath taking ceremony of newly elected Haryana MLAs & Ministers. She draws the attention of the leaders to find urgent solution for the current crisis of air pollution in Delhi & National Capital Region.

Further she added that the project is inspired by the air pollution problem in Delhi, and that she doesn’t want its message to only be about the environment. Instead, it’s about the same adaptability that caused her to come forward with a mission, the qualities of resilience that it takes to survive now and in the future. She developed the model with the support of Chandan Ghosh, professor at Indian Institute of Technology, Jammu (IIT).

Licypriya Kangujam addressed at COP25 urging the world leaders to act now on climate change. The United Nations Climate Conference was held to discuss the international action on climate change. 26,000 people from 196 countries attended this event. The event was held from 2 December to 13 December at IFEMA, Madrid, Spain, hosted by Government of Chile with the logistics support Of Government of Spain under the UNFCCC (United Nations Framework Convention on Climate Change).

Kangujam met the UN Secretary-General during The UN Climate Change Conference COP25 and submitted a memorandum “on behalf of the children of the world.” The memorandum stated that she wants to create a better place for all children of the world. She was praised by the UN Secretary-General António Guterres. Greta Thunberg and several other global leaders participated during the event.

In 2020, Licypriya published a letter to the participants at the World Economic Forum with activists Greta Thunberg, Luisa Neubauer, Isabelle Axelsson, and Loukina Tille, calling on companies, banks and governments to immediately stop subsidizing fossil fuels. In an opinion piece given to The Guardian they said, “We don’t want these things done by 2050, 2030 or even 2021, we want this done now – as in right now. We call upon the world’s leaders to stop investing in the fossil fuel economy that is at the very heart of this planetary crisis. Instead, they should invest their money in existing sustainable technologies, research and in restoring nature. Short-term profit should not trump long-term stability of life.”

During the COVID19 second wave in India in May 2021, Licypriya raised the funds of nearly 10 million Indian Rupees (₹1Crores) within 3 weeks through her social media to help the marginalized poor people by providing free oxygen concentrator and oxygen cylinder when the Government and the leaders turned blind eyes to provide oxygen for the hundreds of critical Covid19 patients across the country. She saved hundreds of lives under this campaign called “India Needs Oxygen Mission” and thousands of people from around the world supported it. Government banned her humanitarian relief works in her birth state Manipur by alleging scam on it to discredit her works and to tarnish her image.